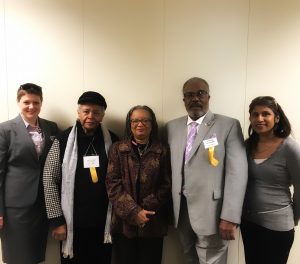 If you would like to serve on the NC Senior Tar Heel Legislature please click here  to get a Nomination Form.

The purpose of the Senior Tar Heel Legislature is to advise and inform the North Carolina General Assembly regarding issues impacting the lives of persons aged 60 and over in North Carolina. Senior Tar Heels attend regional meetings and state meetings. It is during these meetings where members become knowledgeable about the needs of older adults in their respective counties, and advocate with local and state public officials on behalf of older adults.

One delegate and one alternate represent each county in North Carolina.